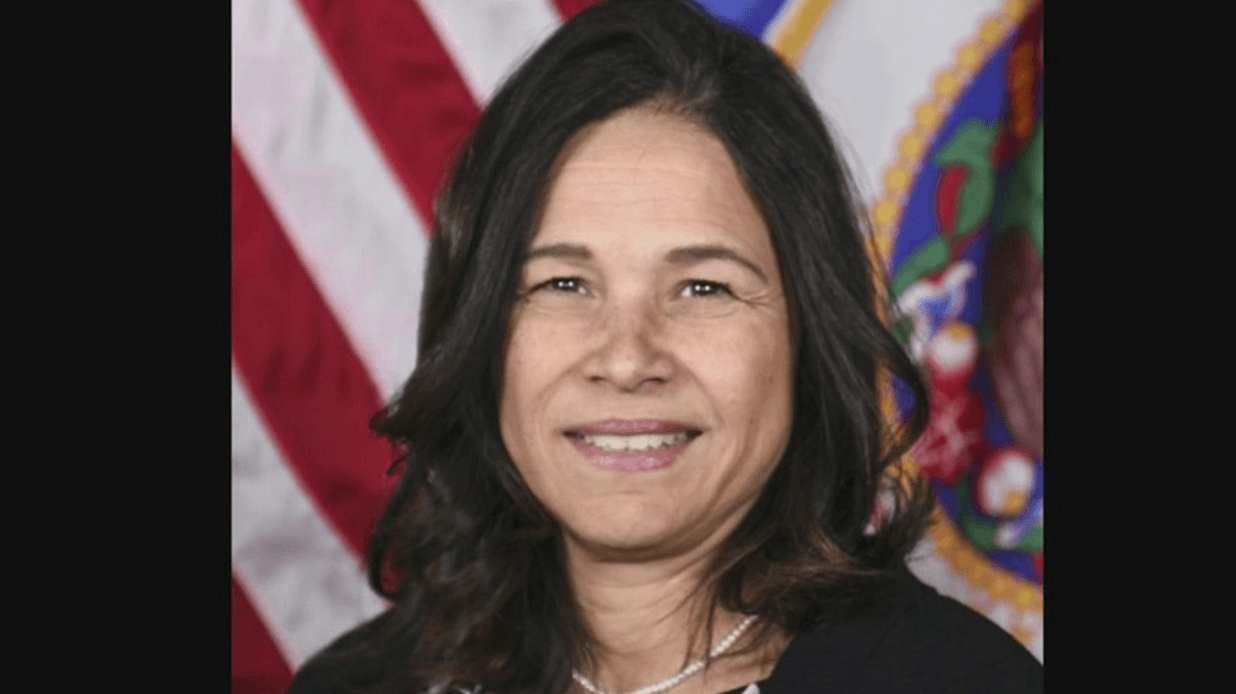 The Boston School Committee announced last week that Dr. Brenda Cassellius will serve as Boston’s next superintendent. We took a look at her responses in multiple interviews with Boston education leaders, her extensive background in education leadership, and her plans for Boston Public Schools, to uncover how she will shape the next generation of Boston’s young scholars.

Dr. Brenda Cassellius was known for her community driven and cross-sectoral approach to education in her previous role as commissioner in Minnesota. She worked directly with Governor Mark Dayton to implement a comprehensive 7-point plan, Better Schools for a Better Minnesota. Through this initiative, Cassellius embedded a shared vision of excellence, equity, and innovation among all stakeholders in K-12 education. This extensive education reform plan was praised by school policymakers and leaders. Among many other objectives, the plan included a comprehensive education funding and investment scheme, school accountability targets to close achievement gaps, and the development of assessments that measure learning and growth.

Cassellius also led the school district’s early-childhood initiatives and was instrumental in the successful revival of Minnesota’s Statewide Early Childhood Advisory Council and Children’s Cabinet. Cassellius sat on this cabinet, a group of political leaders across health, education, economic development, and other sectors. In a district like Boston where mayoral control in the education system is high, that political experience could be critical to her success in the role.

Cassellius expressed interest in leading Boston in a similar direction by coordinating efforts and combining different sectors to lead change.

When asked what she would do in her first 100 days of superintendency, Cassellius said she would meet with educators, parents, and students in communities across the district. She would also meet with nonprofit partners, city officials, and other Boston leaders to see what has and hasn’t worked for education reform in Boston.

Focusing On Equity and Inclusion

Brenda Cassellius’ stance on equity and inclusion is partly informed by her time served as a board director for the Council of Chief State School Officers (CCSCO). She contributed to the development of their 10 Equity Commitments, a guide of actions that state chiefs can take to create a more equitable education system in their state. The guide has been adopted by state education leaders across the nation and includes initiatives to strategically allocate resources to achieve fiscal equity and ensure families have access to high-quality educational options that align to specific community needs. During her superintendency, Cassellius may also call upon the experience from her three-year stint as the Associate Superintendent of Minneapolis Public Schools. Although a slightly smaller district then Boston with only 36,000 students, a large portion of students served in the district are minorities or from low socioeconomic backgrounds. Cassellius’ experience working to close the achievement gap for these students could be useful for helping the children in Boston’s most resource-deprived neighborhoods.

When asked about her opinion on the abundance of smaller, under-resourced schools in Boston, Cassellius posed a trade-off.

“You want to have school buildings that reflect your vision of equity. So if you have a strong vision of equity, what that means is that all children have access to those rigorous courses, school counseling and other health services, and [extracurricular programming]. It’s much harder to have equity with a smaller school because you just can’t afford it.

“Equity is very different from equality,” Cassellius added. “Equity is about providing the resources to students, communities, and families based on what they actually need.”

Cassellius also talked about her experience with increasing diversity and inclusion in the education workforce. During her time in Minnesota, Cassellius led efforts to double the number of staff members that identified as people of color. She attributed the success to state-level recruiting and career fairs, focused inclusionary and diversity hiring practices, and effective retention efforts.

A discussion on diversity and inclusion within Boston Public Schools would not be complete without addressing the district’s school-to-prison pipeline problem. According to a 2016 report by the Rennie Center for Education & Policy, students of color are expelled at three times the rate of their white counterparts. Expelled students are more likely to experience feelings of hopelessness, disengagement, and emotional impairment that can ultimately lead to involvement with the juvenile justice system.

When asked how she would tackle the issue, Cassellius offered two suggestions: prevention and intervention. While she served as an Assistant Principal for a high school in Minnesota, Cassellius worked with teachers around practices for suspensions, office referrals, and restorative justice interventions to ensure that students weren’t just being kicked out of schools. When she transitioned into education policy, Cassellius helped schools develop practices for following up with students who were disengaged in school.

Regarding the school to career connection, Cassellius said she wanted to ensure that students were prepared for success beyond their 12-13 years with BPS.

“I would like to see 100% of youth engaged. I have a strong belief that all students need something beyond high school,” Cassellius said.

Cassellius wants every student to have work experience before they leave high school. She also expressed interest in bringing businesses into the equation via high school recruitment for internships and apprenticeships, allowing students to explore careers early on.

She also touched upon the rise of absenteeism in schools – and attributed the phenomenon to disengagement at the secondary level and the lack of a whole learner approach in primary schools.

Lastly, Cassellius discussed the value of youth engagement and pointed to the need for arts, athletics, and mentoring programs in schools. Working closely with an adult mentor, students can begin to develop a plan and understand the courses and skills they need in order to succeed.

Defining the Role of Standardized Testing

Boston Public Schools has largely eliminated any standardized testing in schools beyond what the state of Massachusetts requires. Cassellius has no plans to change that.

”I don’t really care about standardized testing. I’m an open book about that.”

This doesn’t mean Cassellius is completely anti-standardized testing, but rather that she understands it has a specific time and function. Standardized tests, Cassellius said, are designed for large-scale longitudinal type study of a state education system, rather than a marker for individual achievement. She believes assessment is a necessary part of teaching and learning.

“Teachers assess their students and should be assessing their students. I would work with teachers on the best pedagogical practices around the use of assessment,” Cassellius said.

Helping Our Most Vulnerable Learners

Cassellius acknowledged students in special education as among some of BPS’s most vulnerable learners. Prior to her work in educational leadership and policy, Cassellius worked as a special education teacher and paraprofessional in both Minnesota and Tennessee public schools, and will undeniably use that experience to shape her approach for BPS learners. She stressed the importance of inclusionary practices in instruction, believing that all teachers should be trained in working with special education students and consciously make an effort to integrate and make students feel welcome.

Celebrating Multilingualism in the Classroom

Cassellius brings experience from her work as the Commissioner of Education in Minnesota. She worked directly with K-12 leaders to implement five-to-seven year ELL programs in schools. Her focus is not only on making sure emerging multilingual learners aren’t falling behind their grade level in English, but also that they will leave high school prepared to read college-level material.

Similar to her stance on special education instruction, Cassellius stressed her belief that all teachers should have training in working with ELL students. Essentially, she supports an inclusionary model as opposed to the traditional pull-out method where multilingual learners are taught in separate classrooms.

While she served as Commissioner of Education in Minnesota, Cassellius played an instrumental role in approving funding requests to better leverage technology in schools. In 2017, she awarded state grants to Minnesota schools for expanded high-speed internet access. Students were able to complete their homework and use other online learning platforms at home, in school, and while riding the bus.

Cassellius seemed open to using technology to close the achievement gap in Boston’s schools. When asked about what can be done to help ELL students succeed, Cassellius briefly discussed the usage of assistive technology to help students understand material in the classroom.

Although Cassellius did not speak much in her recent interviews on the topics of edtech and digital learning, it’s safe to say that she will support partnerships built on evidence-based research and a prime focus on the student.

“I’d spend every dollar I can on the classroom,” Cassellius said. “My priority is out in the classroom, the school building, and youth development projects.”

Dr. Brenda Cassellius recently accepted her new position as Superintendent of Boston Public Schools. She previously served an eight-year tenure as Commissioner of Education in Minnesota. Prior to her career in education leadership and policy, Cassellius worked as a special education teacher and paraprofessional. Dr. Cassellius is married and lives with her husband and three children. Outside of work, she enjoys playing hockey, water skiing, and spending time with family and friends.

Jamal Merritt is an intern at LearnLaunch.