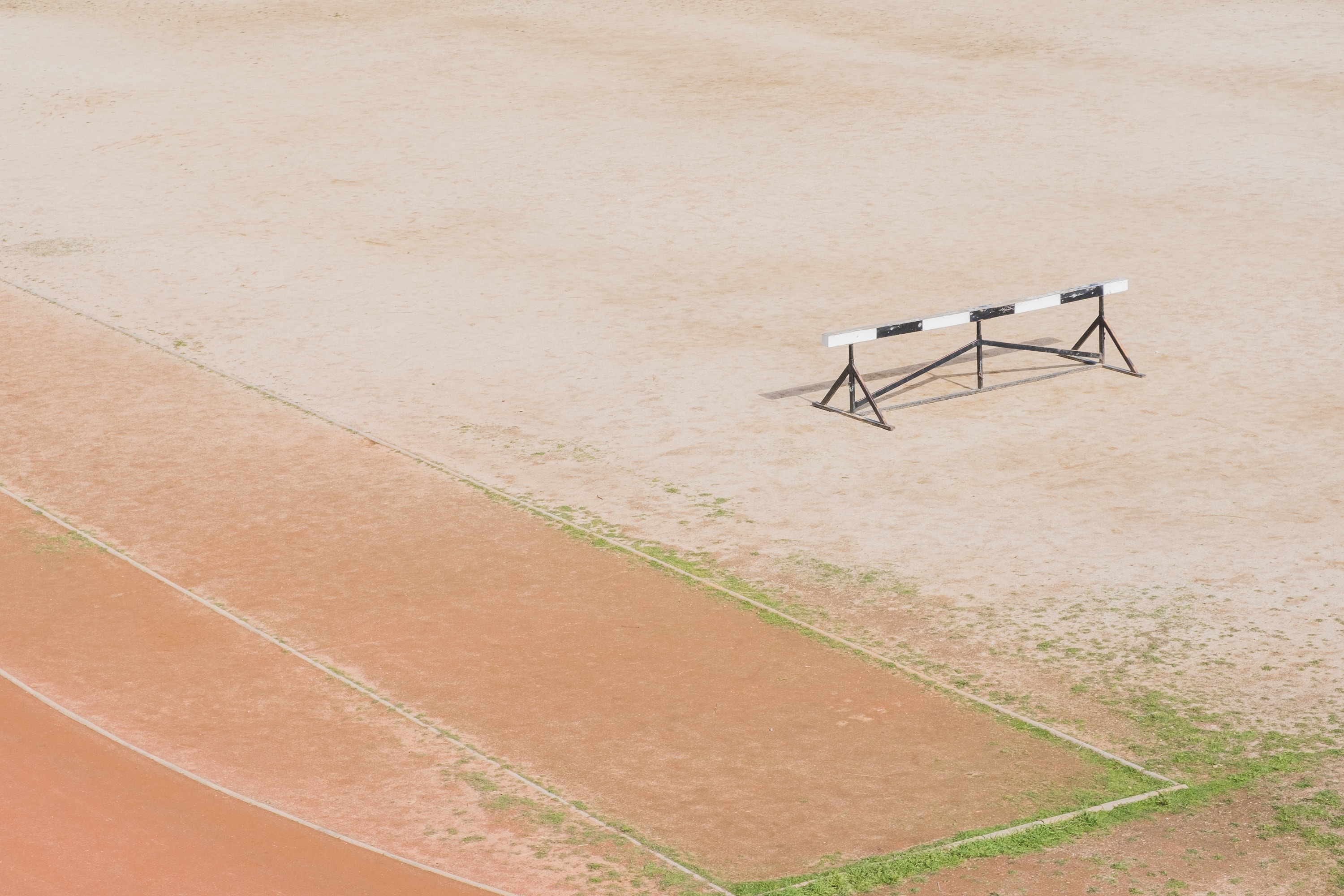 After examining in my last blog post why we should shift our focus from technological advancements to issues pertaining to humanity, for instance, inequity, I will identify six major existing problems for using edtech to promote equity.

First of all, we need to recognize the difficulty of evaluating equity when technology is a variable in the equation. In education, control experiments are generally extremely difficult to perform, since a measurable, noticeable change in the convergence of students’ performances usually only occurs in the long term. Additionally, within this period, technology usually has evolved, thus making it hard to make definite conclusions about causal relationships concerning technology’s role in the improvement of education as we face the threat of mistaking correlation for causation.

To date, there is no universally accepted system utilized to measure equity in education, which poses a fundamental conundrum concerning the promotion of equity using technology. Despite the lack of measurement techniques, examining existing challenges in addressing inequities can provide us with insights on how to do the work better. However, this cannot happen without identifying the obstacles we face in promoting educational equity.

Spending on education in the United States declined 3 percent from 2010 to 2014 as the student population grew slightly by 1 percent, resulting in a 4 percent decrease in spending per student, according to the Organization for Economic Cooperation and Development’s (OECD) annual report of education indicators. In March 2019, President Trump sought a 10 percent cut to the U.S. Department of Education’s budget in his fiscal 2020 budget proposal, which would cut the department’s spending by $7.1 billion, down to $64 billion starting in October of this year. Recently, some state governments are executing major funding cuts, including North Carolina, where I attend college myself.

Public district schools are funded in the local level with uneven distribution. For example, suburban schools generally have better resources in terms of quality and quantity, partially due to higher property taxes.

According to Wikipedia, digital divide refers to the “uneven distribution in the access to, use of, or impact of information and communication technologies (ICT) between any number of distinct groups”. Many schools and classrooms have implemented numerous hardware and software systems which play different roles in education. Yet not all students have access to or benefit from these new developments.

The current digital divide can be partly attributed to the unequal distribution of resources available to students, which are closely associated with their geographical (urban or suburban) regions and socioeconomic status (SES). The unequal distribution of financial resources across schools districts influence how much ICT the school can afford. Often, the schools who need these technologies the most don’t have sufficient funding to offer such technologies to their students.

Additionally, the diverse population of students in the U.S. comes from different levels of SES, which is correlated with students’ performance according to The NCES EdTech Equity Initiative. Students with higher SES perform better than those of lower SES; students who have computers at home, regardless of SES, perform better than those who do not. This academic performance was measured by math score from The National Assessment of Educational Progress (NAEP).

However, there is a success story in recent years to bridge the digital divide. According to an analysis by the nonprofit broadband advocacy group EducationSuperHighway, more than 44 million students now learn in classrooms with high-speed internet connections, up from just 4 million in 2013.

Besides the digital divide, there is also another issue——the digital use divide. It is defined by the Office of Education Technology in the 2017 National Education Technology Plan Update as the “difference between those who use tech to transform learning and those who complete the same activities on electronic media.” This definition is closely related to ed tech equity, meaning “the difference between students’ educational experience and outcomes when technology is a factor, with a particular focus on key subgroups,” according to the Ed Tech Equity Initiative in February 2019 by National Center for Educational Statistics (NCES). These subgroups are identified by English language learner (ELL) status, disability, geographic location, race/ethnicity, sex, socioeconomic status, among many.

LearnPlatform released a report on the Top 40 edtech products used between July 1, 2018 and May 15, 2019. The top 5 used products include Google Docs, Google Drive, YouTube, Google Slides, and Google Classroom. Admittedly, many currently widely used education technologies are perhaps nothing more than their traditional versions; for instance, Microsoft Word can be seen as the digital version of pen and paper. While they might increase efficiency and offer more possibilities, they might not actually be likely to transform learning.

Implicit biases towards different groups of students are also obstacles to promoting equity. A 2016 research by Walter Gilliam in the Yale Child Study Center showed that pre-K educators expecting trouble in a classroom trained their gaze notably longer on black students, especially boys, than they did on white students. The problem isn’t limited to human beings. Machines can also have implicit biases embedded in the datasets or algorithms. For example, Joy Buolamwini, the founder of Algorithmic Justice League, talked about the gender and racial biases of Artificial Intelligence (AI) in this article in Time.

Current edtech products have the potential to incorporate biases that apply to unequal attention in improving students’ academic performance based on differences of race, ethnicity, gender or socioeconomic status. For example, while using education technologies such as Massive Open Online Course (MOOCs), instructors and teaching assistants pay more attention to posts of white men on discussion boards. To encounter the implicit bias, schools need to facilitate more open discussions and offer better training to all instructors, especially if they want to close the equity gaps that currently exist in our society.

While staying in our comfort zone feels great and, obviously, comfortable, it keeps us in the same place without much improvement.

Educators may want to reach out of their comfort zones, but institutional barriers may still hinder innovation. David O’Connor at LearnLaunch suggested that state accountability systems built around certain measurements, such as the Massachusetts Comprehensive Assessment System (MCAS), drive a certain amount of unwanted conformity. In order to maintain consistency of students’ performance on the records, some teachers might not be willing to utilize new technologies. By doing this, teachers will also have to adjust their curriculum and pedagogy alongside their adoption.

There is also caution for innovation. The knowledge that students only have one chance for an education hinders educational institutions from experimenting with new technologies and pedagogies. Their implementation may result in potential unpredictable outcomes that might undermine students’ learning or delay their benefit both inside and outside classrooms. Therefore, there is less room to try new things in education in the name of protecting student rights and interests to a good education. From my perspective, these institutional barriers to change are why we need disruptive innovation in the education sector.

You might not think this is important. But part of the reason for using edtech is to collect and analyze the data, which will be used to improve our understanding about students’ learning experience inside and outside the classroom.

Comprehensive data on issues related to educational equity is usually lacking, such as data concerning access to technology outside of school, how technology is integrated into learning, and students’ technology-related knowledge and skills. Schools and districts sometimes have trouble deciding whether to adopt a certain type of technology and which technology to select. However, while these choices may not always be optimal, schools would make more informed decisions if they were given real-time feedback on the effectiveness of various technologies.

Many attempts have been made to improve data standardization in the education industry, including data standards such as Ed-Fi, data specification such as xAPI, data interoperability initiatives such as Project Unicorn and IMS Global, etc. However, there are still no uniform standards. NCES has been actively working on this issue and is trying to prioritize and standardize the process of data collection, reporting, and dissemination.

A framework for data management is necessary for creating a uniform and comparable scale for school districts to follow. Once this is achieved, edtech results will be more easily quantifiable and comparable across the state or nation levels. This will allow the fight for equity in the sector to be more effective. Policies will in turn target schools that need the most help in promoting equity using edtech, providing support in the most urgent aspects. Meanwhile, the creators of these standards need to pay attention to the Family Educational Rights and Privacy Act (FERPA) in order to protect students’ data privacy.

After examining the major barriers in improving equity using edtech, I will shift the lens to equity measurement in my next blog entry. Following that, we can begin exploring some approaches to addressing inequities.

(Notes: The blog post constitutes my own opinions and, thus, does not represent LearnLaunch. Additionally, I would like to acknowledge Mandana Vakil, my fellow intern, and Nat Seelen for giving me suggestions on this post.)